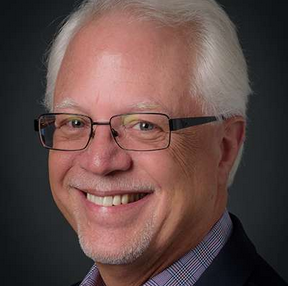 Census Project: Save The Data That Empowers America

Local communities, entrepreneurs, urban planners, major corporations and thousands of others that depend on annual data from the Census Bureau’s American Community Survey (ACS) were stunned late last year when both major annual data releases were delayed or replaced with experimental data due to quality issues. Years of underinvestment and the pandemic have degraded the data, precluded necessary increases in the survey’s sample size and shortchanged the Bureau’s ability to address steadily declining response rates, revise content, and make other methodological and operational improvements.

Today, alarmed stakeholders are raising a clarion call for action. The ACS, which replaced the census long form in 2005, is a nationwide, continuous annual survey of about 3.5 million households conducted by the U.S. Census Bureau. It provides reliable and timely demographic, housing, social, and economic data every year for communities large and small. It is largest official survey of American households. It is incredibly pervasive and essential for all kinds of economic, social and research uses in our nation.

Data users in the private and public sectors use ACS data to inform a wide range of decisions, such as where to locate businesses and factories, build schools, hospitals, and roads, and how to target services to vulnerable populations, including children, veterans, and older Americans. Significantly, Congress has mandated that ACS data are used to enforce civil rights laws, including the Voting Rights Act, and protect people from discrimination.

In 2017, 316 federal spending programs distributed more than $1.5 trillion to states and local areas on the basis, in whole or in part of data derived from the ACS. Virtually every federal dollar that is sent to states and local communities is done using the ACS to help apportion those dollars fairly, targeted to where they can address the greatest needs. We cannot let this data further degrade if we care about the equitable use of federal tax dollars.

On March 8, The Census Project, a coalition of over eight hundred national, state, and local organizations, released a report documenting the many uses of the ACS and identifying the difficult challenges it confronts  The report calls for an urgent national initiative to ensure the ACS can deliver what the nation needs.

Among the recommendations is for Congress to approve an  infusion of $100 to $300 million that is urgently needed to protect the ACS from further data quality deficiencies, increase the survey’s sample size, enhance non-response follow up operations, reduce respondent burden, and develop new data products. The comprehensive report findings also justify the need for new questions and survey content to ensure the ACS is accurately capturing data about the nation’s increasingly complex population and households.

You can learn more, and help revive the ACS by going to: https://thecensusproject.org/acs-americas-data-at-risk/

The Census Project is a broad-based coalition of national, state, and local organizations that support an inclusive and accurate 2020 Census and American Community Survey (ACS) (the modern version of the census “long form”). Its member organizations, representing the private, public, non-profit, and academic sectors, rely on objective data that the Census Bureau produces to inform evidence-based investment, policy and planning decisions. APDU is a member of the Census Project.