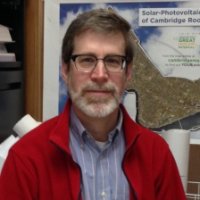 This past week APDU held a very successful 40th annual conference in Arlington, VA.  With the meeting fresh in mind, this is a good moment for reflections on themes that emerged across the various speakers and sessions. First though, I want to thank all our sponsors, speakers and our staff from CREC who ably handled the many logistical challenges.

What I found most striking as both a participant and sometimes moderator is the relentless focus on the need to change governance and policy arrangements around data.  The interest, demand for and sheer quantity of data generated today is leaving behind policies often dating to an era of mainframe computing and strictly siloed data sets, where data was considered a minor part of IT.  Yet, these institutional holdovers may confound efforts to develop innovative policies and, in particular, link data sets both within and between producers to fully tap their potential. The flip side of this problem is that we have begun to recognize this as a fundamental impediment to progress.

Keynote speakers, panels and sponsors addressed data governance from different vantage points.  Nancy Potok, eight months into her tenure as Chief Statistician of United States, focused her keynote on the priorities for the federal statistical system.  The panel discussion on the Commission on Evidence Based Policymaking emphasized that asking  public data to serve the public interest in the 21st century requires new federal programming and legislation to give agencies and researchers unhindered access to data. Chief among their concerns is how to accomplish this goal while respecting Americans’ concerns about privacy.

Echoing one of the recommendations of the Commission’s recently released report, George Aiken and Gary Yakimov discussed the need to separate management of data resources from IT.  They called for the creation of a new type of organizational role centered around data and headed by a senior-level manager, a Chief Data Officer in Aiken’s words, who will take charge of developing data governance and policy setting, while managing an agency’s overall data program.

The need for new governance arrangements extends to the private sector as well. Stefaan Verlhurst, from the GovLab at NYU, cited how the emerging market for both public and private data will drive the creation of a suite of new data sharing arrangements, in particular data collaboratives. Data.world, a conference sponsor, gave an Ignite lighting presentation on their use of the linked open data concept, pioneered by Tim Berners-Lee, as way to connecting a wide range of desperate data across topics and organizations into a single seamless “data web”.

My flight is just approaching now Boston so this is a good point at which to wrap up this post.  Be sure to join us at APDU in 2018!