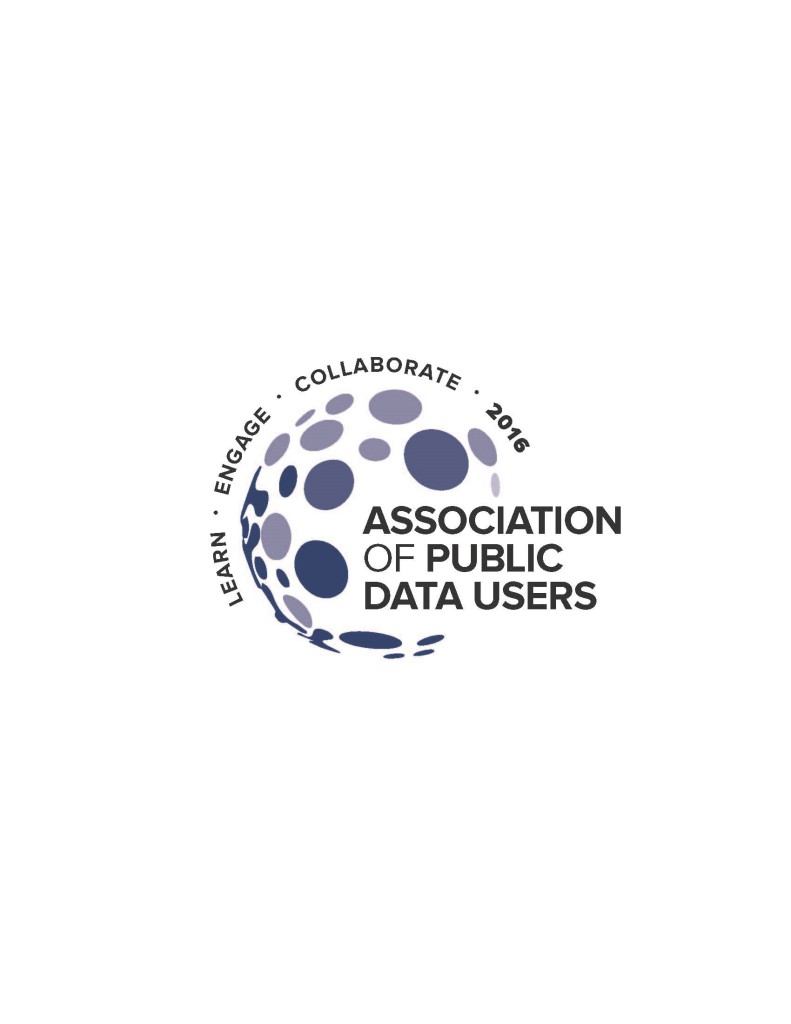 The Association of Public Data Users (APDU) is excited to announce the election and re-election of four outstanding individuals to its Board of Directors. Congratulations are due to President Cliff Cook, Vice President Kevin McAvey, and At-Large Directors Elizabeth Nash and Mary Jo Hoeksema for their election. Cliff Cook was our past Vice President, while Elizabeth Nash has been elected to a second term as an At-Large Director. Kevin McAvey and Mary Jo Hoeksema are new additions to the Board of Directors. Warren Brown retains his seat on the Board of Directors as Immediate Past President.

Below is the new Board of Directors:

APDU would like to thank former Immediate Past President Bob Scardamalia of RLS Demographics and At-Large Director Steve Pierson of the American Statistical Association for their service, as they have completed their two terms on the Board following several years of excellent leadership. While we will miss their contributions, we look forward to continuing to work with them as members.  APDU is excited about the direction our new board leadership will take us in 2017 and beyond. To hear more about our new president’s vision, we encourage you to listen to Cliff Cook’s presentation at the recent APDU business meeting, archived here.