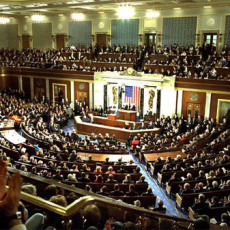 Writing on The Census Project blog, Terri Ann Lowenthal recounts the beating Census took in the House recently, when the Appropriations committee attached the dreaded Poe amendment and cut more than $200 million from the bureau’s budget request. On the Senate side, things look a slightly better for the Bureau, even if that isn’t saying much considering the House’s apparent view of the Census.

APDU Board member Steve Pierson lays out some of the concerns with the House’s action relative to the National Center for Education Statistics. A bill (HE 4366, “SETRA”) passed in May could affect the stature of the agency – one move is to ditch the presidential appointment of the NCES commissioner, transferring that authority to another already existing office (IES). It’s unclear what the Senate plans to do with their version of the SETRA bill.

Last week, the Federal Trade Commission released a report that data brokers (private sector companies who collect massive amounts of big data) are operating without transparency.  That FTC report recommends that Congress enact legislation that requires the companies to disclose more information about themselves and the data they collect. According to a spokesperson at the Direct Marketing Assn, what the report doesn’t do is find actual harm to consumers.

In Vermont, a new law requires the state’s chief performance officer to oversee the collection of a variety of measures, such as median household income, the percent of adults who smoke, and the percent of the population living in poverty.

At the local level, New York City Council members passed a bill that would require the Department of Education to publish demographic and academic information about co-located schools. The required statistics would include breakdowns of each school by race and ethnicity, English language learners, students with special needs, and students eligible for free or reduced price lunch. According to the legislation, the academic data must include state exam scores. The Department of Education [note: assuming the story means the NY Dept of Ed] has expressed support for the law, as did the charter sector.

Finally, what does the new DATA Act mean? Find out through an APDU webinar on Weds June 25 (rescheduled from last month).

Is your group working on data-related legislation? Please send along any tips or stories to info@apdu.org.