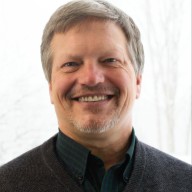 The tables have turned for workers in a post-pandemic recovery based on crunching the latest jobs and labor data in Public Insight Insight for Work. In the spring of 2020, millions of workers were laid off or terminated. In September 2021, quit rates approached a record high level of just under 3% while layoff rates declined below 1%. Thus, we enter the growing phenomenon of “The Great Resignation”.

In the graph below quit rates (green) soared to nearly 3% while layoff rates (blue) declined to below 1% as shown in the graph below. These are higher and lower respectively than any previous time in recent history. No wonder that the term “The Great Resignation” is becoming the standard moniker for 2021.

Many have polished off their resumés and jumped into the market. In our application we have now tracked nearly 50 million updated resumés in the past year. By perspective, that is 30% of the entire labor force.

Open job postings finally declined in September from 4.9 to 4.7 million. But this is hardly cause for celebration as the average open days in this aging has increased from 65 to 71 days. In other words, some jobs are getting filled but only the easier to fill jobs.

The Climate of Worker Dissatisfaction

We see evidence of declining worker satisfaction. In Insight for Work we track employer ratings quarterly. The Indeed Happiness Score has declined across virtually every industry. The red indicators signal a decline in the category from Q2 to Q3. Only the Information sector has shown improvement. It is probably not a coincidence that this sector also has one of the highest remote workforces.

Postings classified as permanently remote continue to inch up to nearly 3%. While this represents still a very small percentage of all jobs, some industries are becoming almost entirely remote. Postings classified as temporarily remote remained flat as employers are very reluctant to signal “All’s Clear” to their workforce.

Sign up to watch our September 2021 Jobs Report Video for even greater insights and receive supplemental reports and market data. Included in this month’s report are compensation quarterly updates.