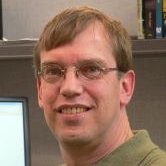 By: Jan Vink, Cornell Program on Applied Demographics
Vice chair of the Federal State Cooperative on Population Estimates Steering Committee
Twitter: @JanVink18
Opinions are my own

The Census Bureau is rethinking the way it will produce the data published from the Census 2020. They argue that the old way is not good enough anymore in this day and age because with enough computer power someone could learn too many details about the respondents.

There are two separate but related aspects to this rethinking:

Both aspects have huge consequences for data users. A good place to start reading about this rethinking is the 2020 Census Data Products pages at the Census Bureau.

The Census Bureau is aware that there will be this impact and has asked the data-user community for input in the decision process along the way. There were Federal Register Notices asking for use cases related to the 2010 tables, an ask for feedback on a proposed set of tables. There were publications of application of a DAS to 1940 Census data, 2018 PL94-171 data from the 2018 test and the 2010 Demonstration Products. Currently the Census Bureau is asking for feedback on the measurement of progress of the DAS implementation they plan to use for the first set of products coming out of the Census.

The intentions of stakeholder involvement were good BUT didn’t lead to buy-in from those stakeholders and many are afraid that the quantity and quality of the published data will severely impact the capability to make sound decisions and do sound research based on Census 2020 and products that are directly or indirectly based on that data. Adding to this anxiety is the very difficult unexpected circumstances the Census Bureau has to deal with while collecting the data.

From my perspective as one of those stakeholders that is wary about the quantity and quality of the data there are a few things that could have gone better:

There is a hard deadline for the production of the PL94-171 data, although Congress has the power to extend that date because of the Covid-19 pandemic. Working back from that, I am afraid that decision time is not too far away. The Census Bureau is developing the DAS using an agile system with about 8 weeks between ‘sprints’. The Bureau published updated metrics from sprint II at the end of May, but already started with sprint IV at that time. If we keep the 8 weeks between sprints this implies in my estimation that there is room on the schedule for 2 or 3 more sprints and very little time to rebuild trust from the data-user community.

Examples of actions that would help rebuilding some trust are:

Time is short and stakes are high, but I think there are still openings to regain trust of the data community and have Census data products that will be of provable high quality and protects the privacy of the respondents at the same time.