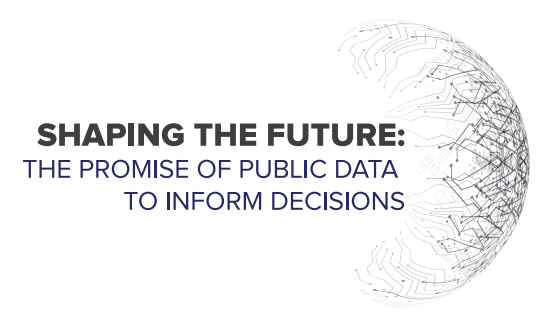 Why PolicyMap Loves the APDU Conference

The first time I went to APDU, my first reaction was that I’d never before been around so many people who speak my language. We were talking about Census data, BLS data, education data, health data… I was around people who work on the same things that I spend my life working on. It was like visiting my home planet for the first time!

At PolicyMap, we’re concerned with collecting and mapping public data. We have a team that scours the web for new and interesting data, and ideas for what to do with it. We also have users that reach out and tell us what data they want us to add. Keeping up to date is important to us, and something we feel we do well. But just keeping current isn’t enough; we need to be ready to anticipate changes in the data universe.

And that’s why it’s so important to have a conference like APDU, where we can really hear what people around the country (and around the world) are talking about in the realm of public data. Experts, practitioners, data providers, and public officials are all there, discussing their work, their challenges, and their solutions.

One of the most valuable things we get from APDU is hearing from government data providers on the latest in their departments. There are usually various people from the Census speaking on topics ranging from the progress of the upcoming Census to the design of the ACS survey envelope. The Census Bureau isn’t the only game in town, and it’s great hearing from people at other organizations like the BLS and the National Center for Education Statistics.

After two days of sessions and conversations with fellow data people, you start to get a sense of big picture trends in data. Last year, there was a lot of talk about the possible decline of survey data in favor of administrative data and commercial data. Administrative data has really been the buzzword of the decade, and right now, it’s still the Wild West of data. APDU is a great forum for hearing about and discussing the best practices for working in this emerging area.

But what really makes APDU a necessary conference is the opportunity to meet people doing similar work across the country. Some of it is just sharing ideas and talking shop. But thanks to people we’ve met at APDU, we’re working on major new projects that wouldn’t have been otherwise possible.

This year, in addition to our APDU board representative, Elizabeth Nash, we’re sending our new Data Development Lead, Eliza Wallace, who will be attending for the first time. We’re looking forward to hearing about what’s being talked about in public data this year!